A Time to Plant

Orange, green and purple. Yes, they are colors in a rainbow but they are also colored varieties of cauliflower- according to one 3rd grader at Gulfside Elementary School. She was one of 13 third graders in Mr. Ken Leonard’s class who had their pick of what to plant in their school garden last Thursday. The students chose among lettuce, radishes, cauliflower, broccoli and carrots. “I like broccoli, especially with teriyaki sauce on it” another third grader stated as his reason for choosing to plant the broccoli. 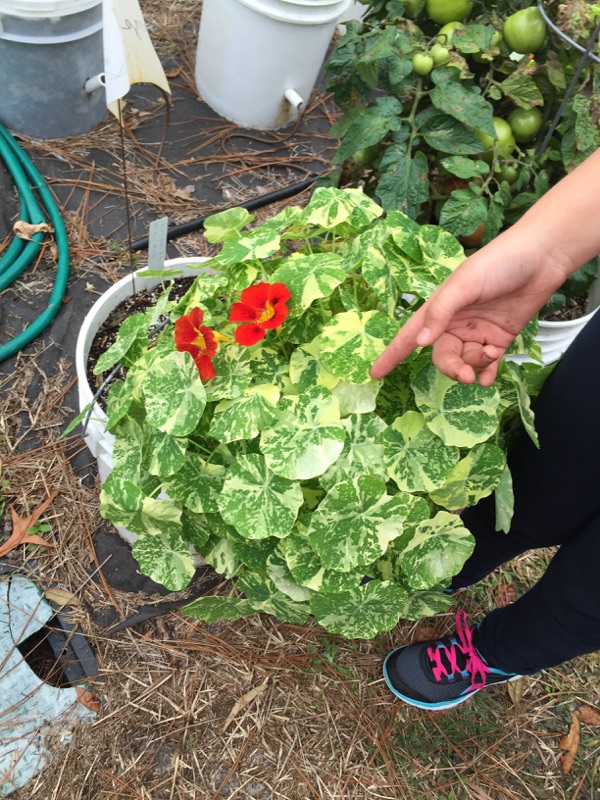 One third grader points out the Nasturtium plant.

The students have learned not only about the nutritional benefits of fruits and vegetables based on their color, but they have also learned about soil and a particular plant called Nasturtium which resembles a flower and is edible. Two Master Gardeners are to thank- Bob and Carla O’Brien, as their green thumb has not only been infectious to the students but to teachers as well. Mr. Leonard says that he has started his very own garden at home. 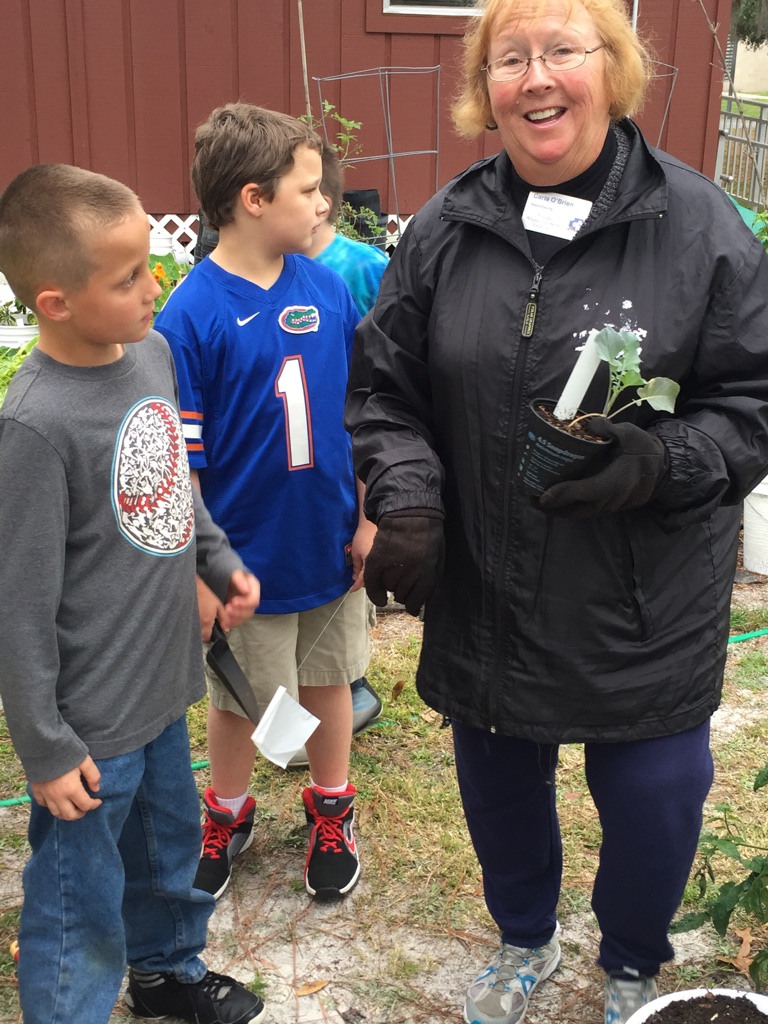 Master Gardener Carla O’Brien talks with a couple of third grade boys about planting in the soil.

“Don’t pack the soil,” Mrs. O’Brien explained to a couple of boys getting ready to plant broccoli “packing the soil will destroy the root system.” Another word of instruction came from Mr. O’Brien in how to plant the lettuce seeds. “You just want to poke a hole in the soil with your finger, but not very deep. Then place the seed in and cover it with some soil.” Just as the third grade class began to line up to head back inside, Mr. O’Brien reminded the students to bring along their science logs for their next time they would come out to the garden so that they could record what it is they planted, to track the plant’s height as it grows and to record their observations. 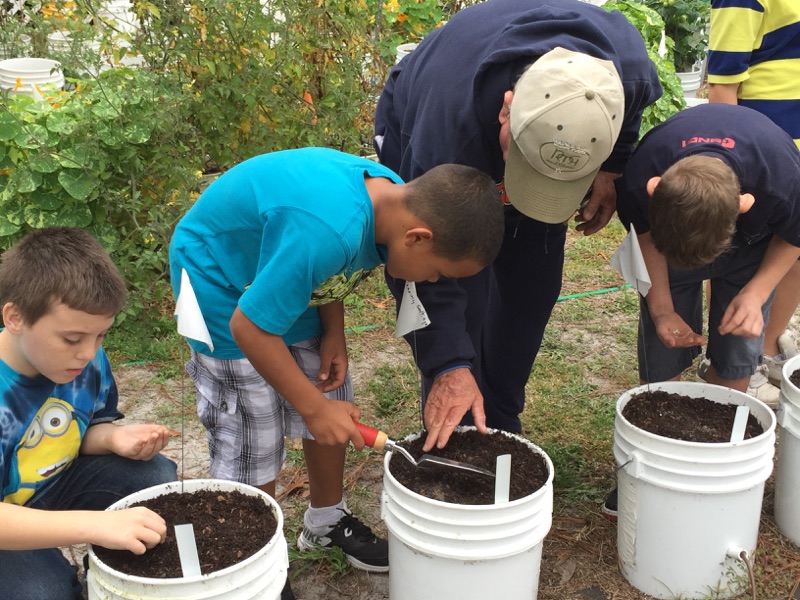 Master Gardener Bob O’Brien demonstrates how the lettuce seeds should be planted.

To learn more about Master Gardeners through the Pasco County Extension Office visit their website.