From the Cafeteria to the Classroom

You might expect to find Amanda Nash in the cafeteria at Lake Myrtle Elementary School but how about in a second and fourth grade classroom teaching on wellness topics like nutrition? Well that is exactly where Nash found herself on November 21st when she took part in the Great American Teach-In. She spoke to the students about her role in preparing their meals each school day, about their school garden and about good nutrition. 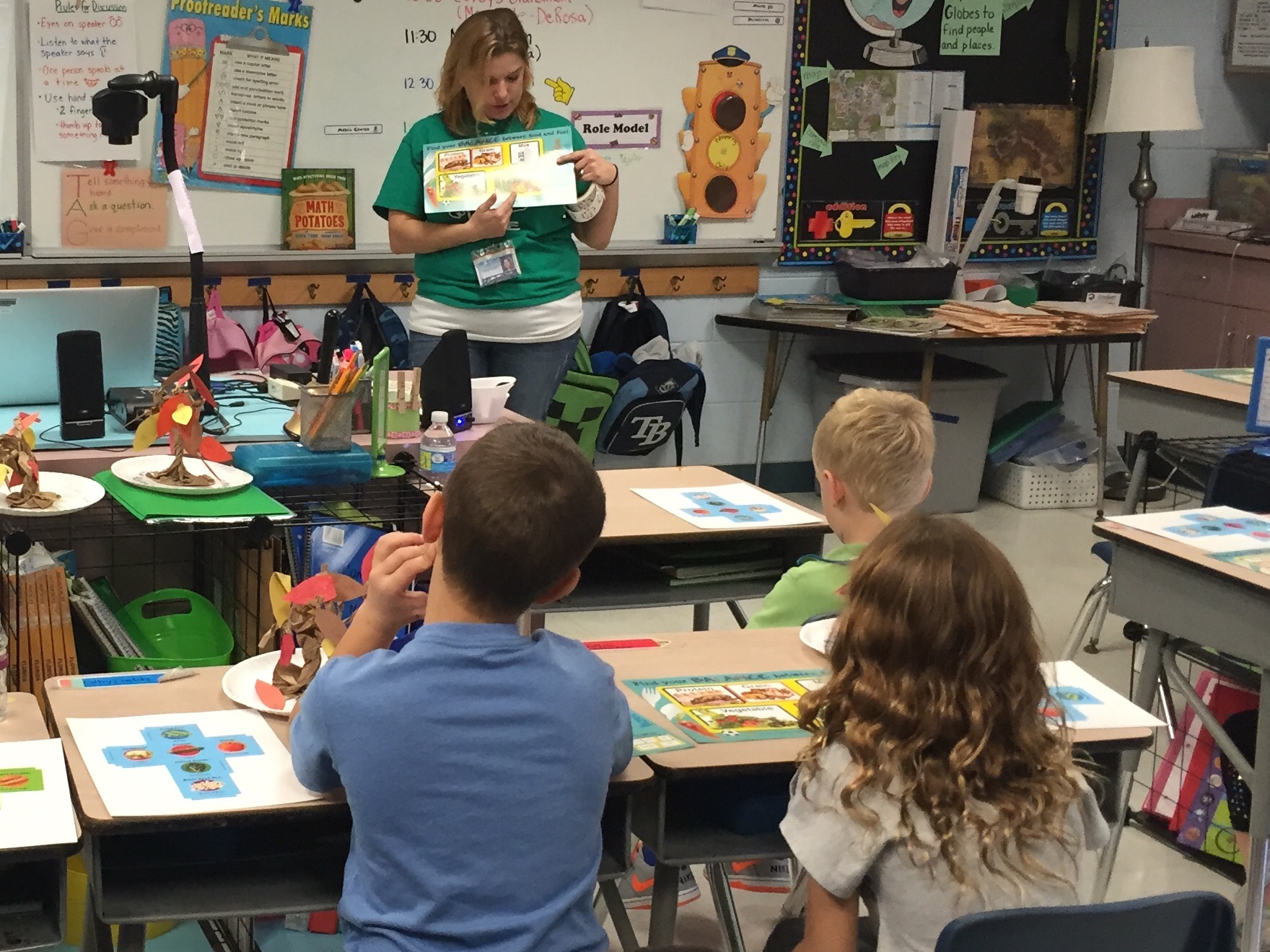 Amanda Nash talks to a second grade class about choosing foods from each food group when they come through the cafeteria serving line.

“What do you think is the first thing I do in the morning when I arrive to work?” asked Nash of the students. “Cook our food!” one student shouted in response. “No, I’m not the one who cooks your food, but the first thing I do is change into my slip resistant shoes, then I put on my hair net and then I wash my hands.” Nash explained as she showed the students a disposable hair net that she has to wear at all times when she’s in the school’s kitchen. She went on further to explain how each of those steps were important for her safety while working in the kitchen as well as for the safety of their food being free from harmful germs. “I’m the one who washes your fruit, cuts it up, if needed, and portions it out into your serving cup.” Nash stated to demonstrate why it’s important to have clean hands when handling the fruit that is offered every day at breakfast and at lunch. 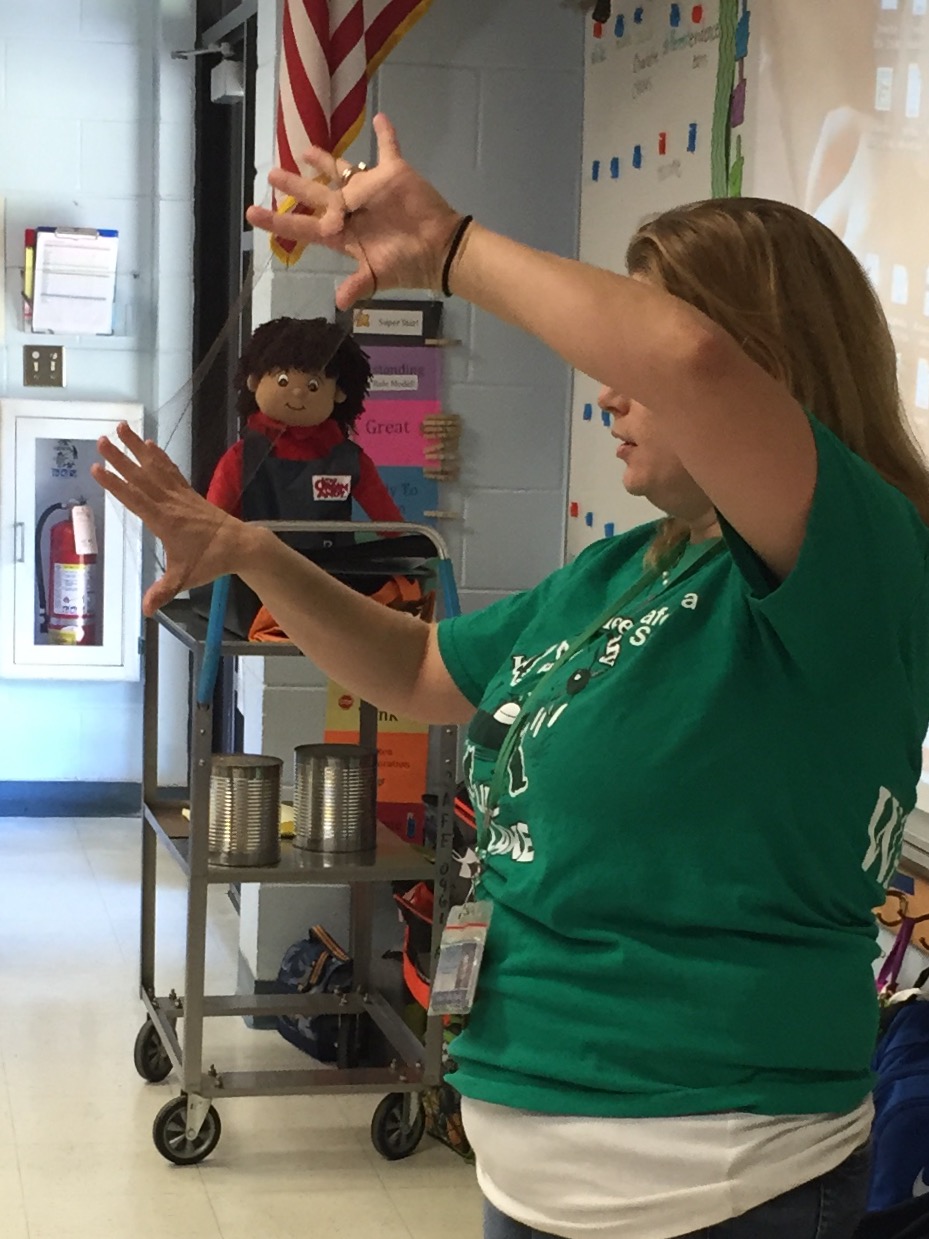 Amanda Nash holds up a disposable hair net and explains to students why it’s important for her to wear one while in the school’s kitchen.

The teaching didn’t stop there as Nash prepared the students for planting their own mini garden. Gardening is not new to many of the students as the school has a garden just outside the front office which the food service staff oversees. Each student was given a cup, some dirt and cucumber seeds. In order to connect the gardening activity with a health message, the students watched the OrganWise Guys’ Farmer’s Market Fresh DVD which stressed the importance of eating fresh fruits and vegetables. This emphasis on healthy, balanced eating was further reinforced with the MyFloridaTray sheet that each student received. To help deliver the day’s health messages Nash brought along Andy, an OrganWise Guy puppet. The students were able to see and explore Andy’s organs and were told how what they eat is important in how their organs function. The Teach-In ended with a snack-in as Nash provided each student with a well-liked cafeteria fruit option- Raisels, fruity flavored raisins. 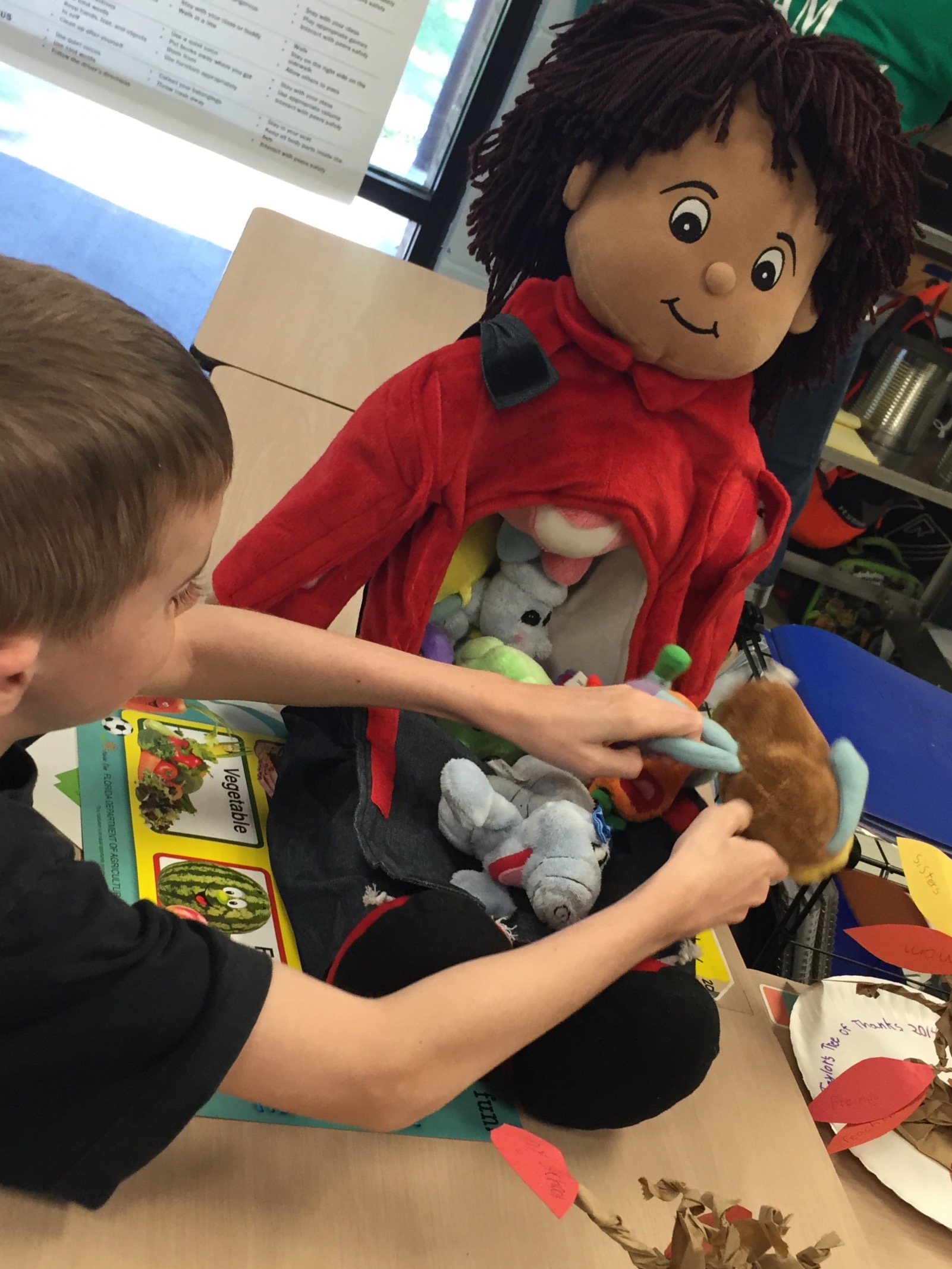 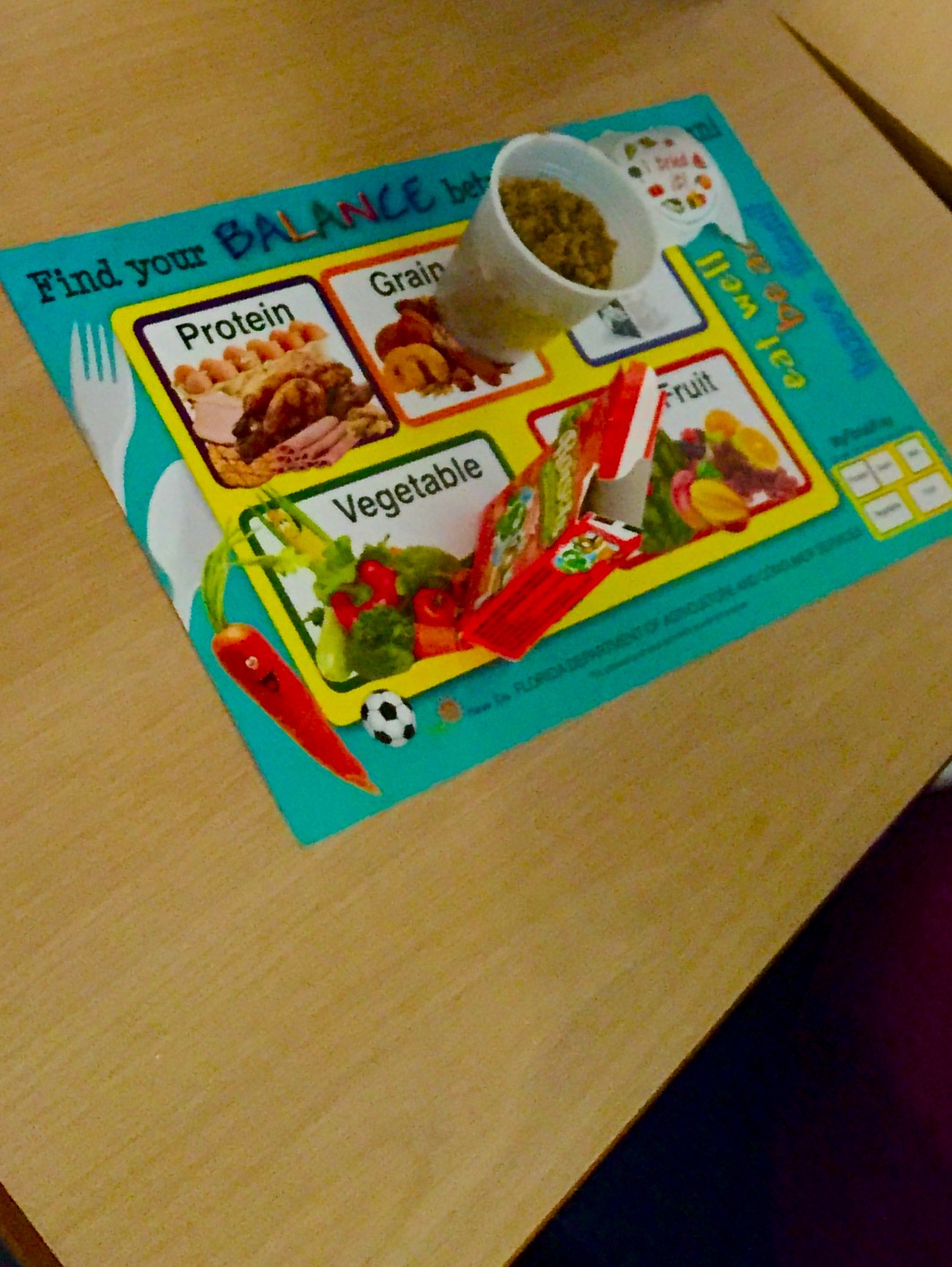 Each student received a MyFloridaTray sheet, a box of Raisels and planted cucumber seeds in a cup.

For more information about the OrganWise Guys materials visit: http://organwiseguys.com/