Subjects in elementary school generally cover the three R’s: reading, writing and arithmetic. But last Friday at New River Elementary School, one group of students learned quite a bit on the subject of composting. Ms. Dinwiddie and Ms. Sellers, who are both first grade teachers, hosted the Garden STEAM (science, technology, engineering, arts & math) club which allows the students to have a hand in the school garden. Ms. Dinwiddie has overseen the garden since it was started six years ago and had a desire for the students to learn about composting. Jim Moll who serves as the Florida-Friendly Landscape Program Coordinator for the UF IFAS Extension office gave the composting talk to the group of students. Although Moll typically speaks before adult audiences, the students were captivated and engaged from beginning to end by Moll’s use of pictures, composting food scraps, dirt and worms! 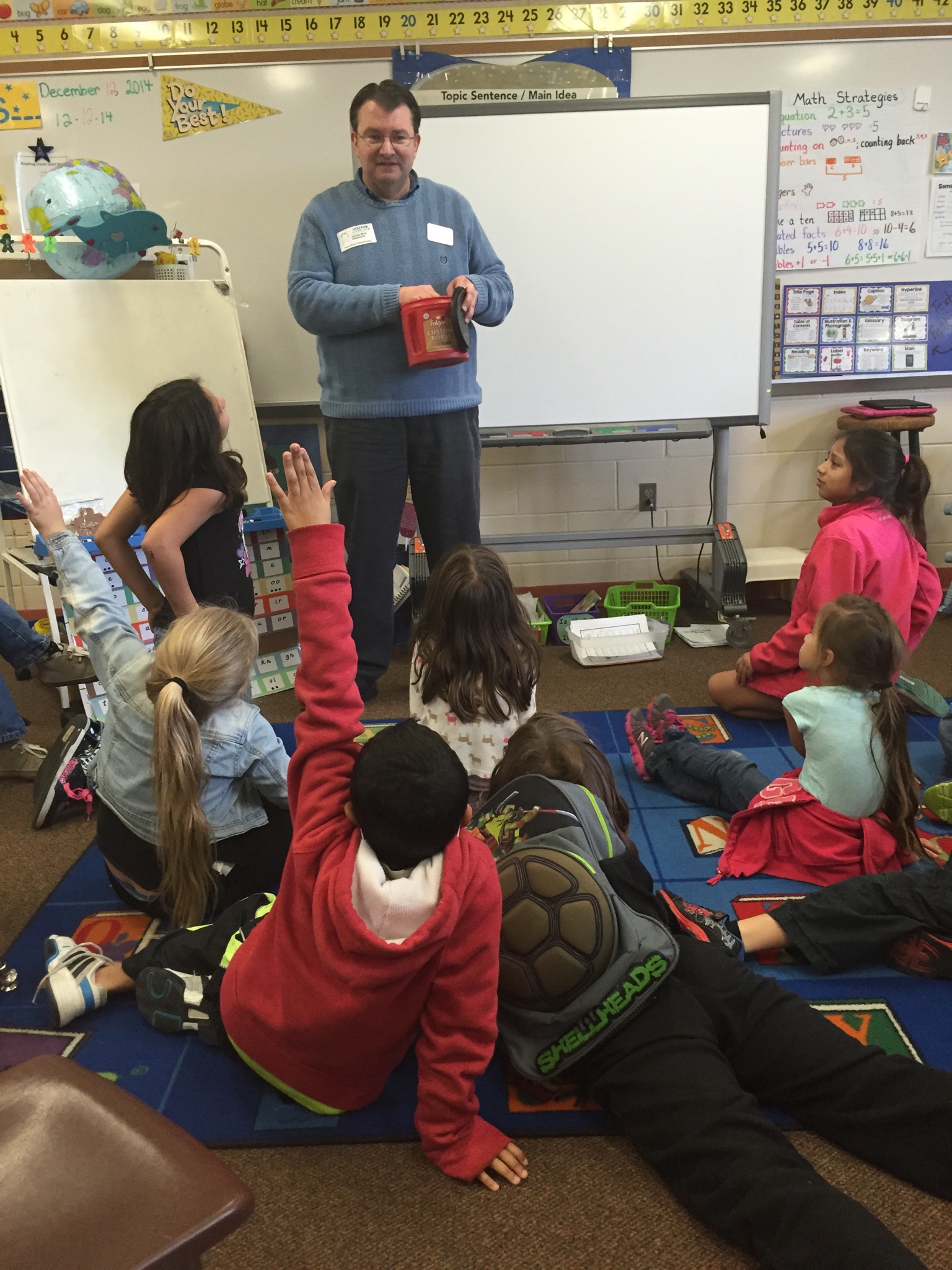 Jim Moll speaks to students about composting as he pulls food scraps from the coffee grounds container.

The discussion began with a question that stumped the group which included students from first through fifth grade. “I’m a horticulturist, does anyone know what that is?” Moll asked. “Maybe it’s like a journalist” one student thought. “Not exactly, but that’s a good guess. It really just means that I work with plants.” Moll explained and adding that he had an interest in plants since the age of 3. His next question the students were evidently prepared for, “Can anyone tell me what composting is?” As one girl put it in an insightful manner, “It’s better soil than regular soil because it has people food in it to feed the plants.” Moll brought along pictures to illustrate examples of things that are ideal for a compost pile and things that are not. For example, items such as egg shells, grass clippings, an apple core or a banana peel are all things that would be suitable for a compost pile. These items could easily break down and provide nutrients to the soil. On the other hand, items such as a leftover steak, chicken bones, car oil and cat litter would not be suitable for a compost pile. In the case of the steak, it would rot before it could decompose and would likely attract rodents. 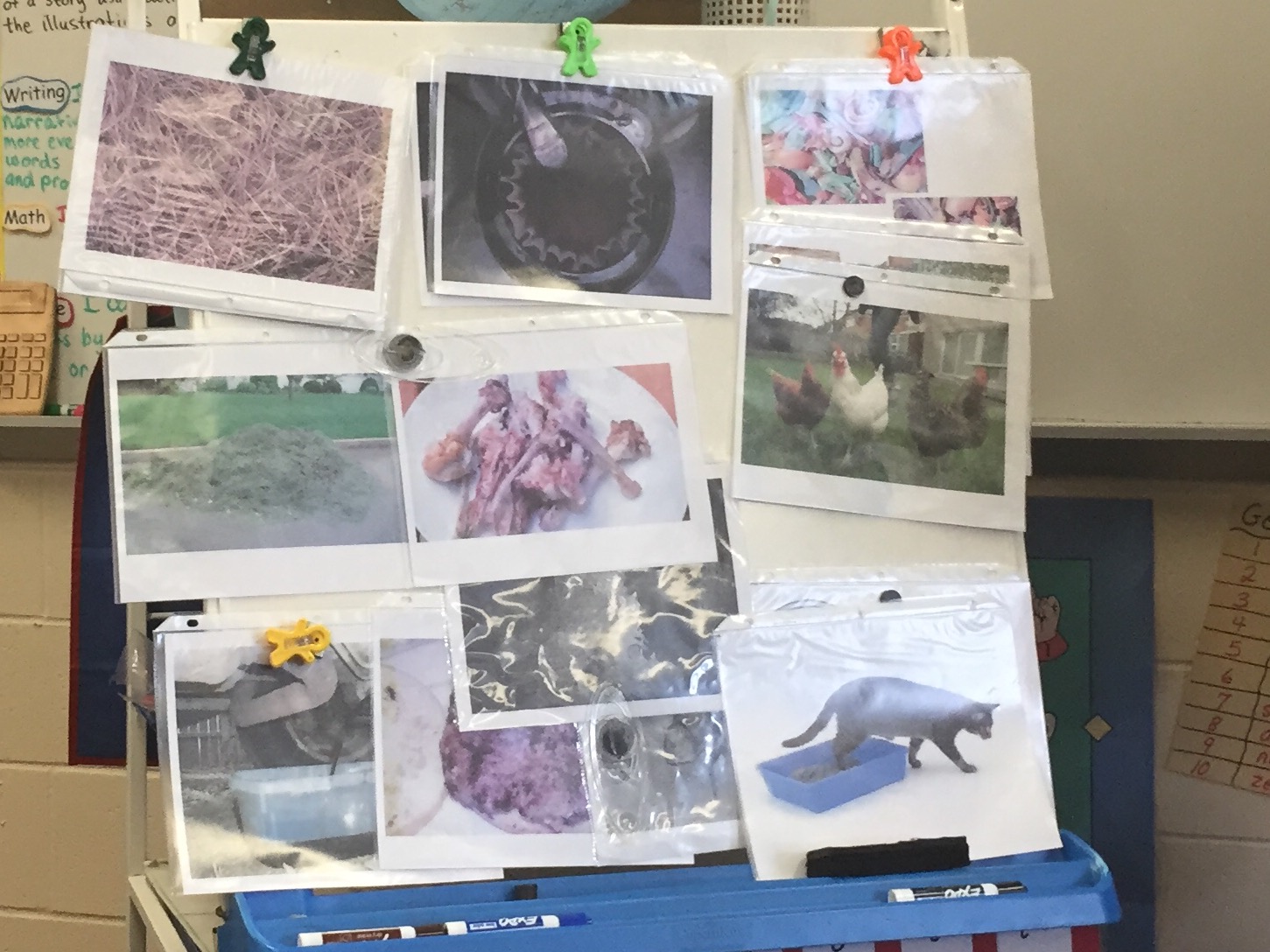 The students also learned about the relationship between rabbit manure and a species of reddish-brown worms and the benefit they provide to a compost pile. Moll explained that from rabbit manure, the worms are able to produce a very nutrient rich product. The end of the learning experience concluded outside in the garden where the students took part in some hands-on composting but not before Moll stressed the need for each student to wash their hands once they returned to the classroom. So with a container of food scraps and another container of dirt and worms in hand, Moll dispensed out pieces of food scraps for each student to place in the composting bin. The dirt and worms were not welcomed by all, but many of the students wanted a chance to place them in the composting bin too. 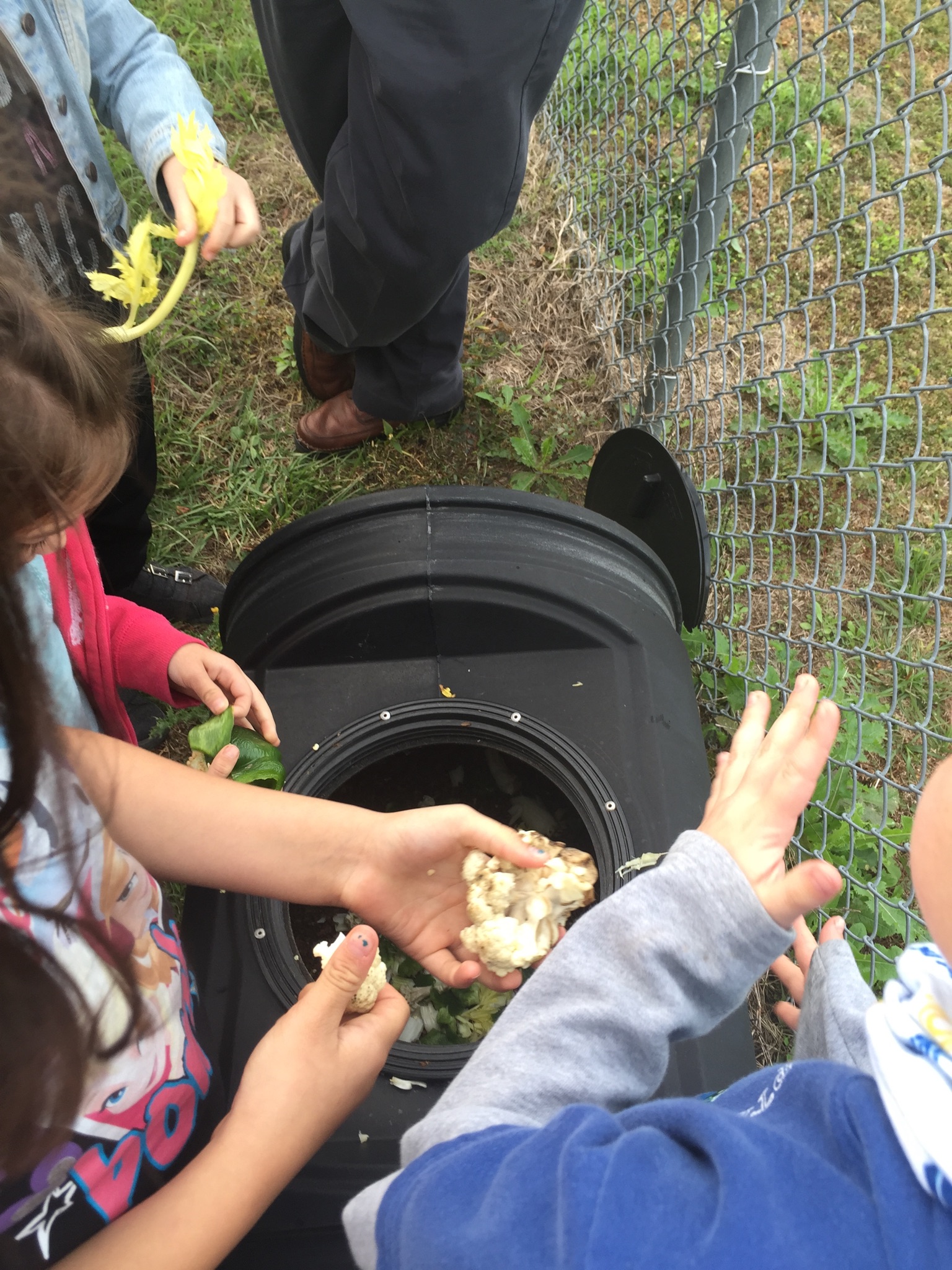 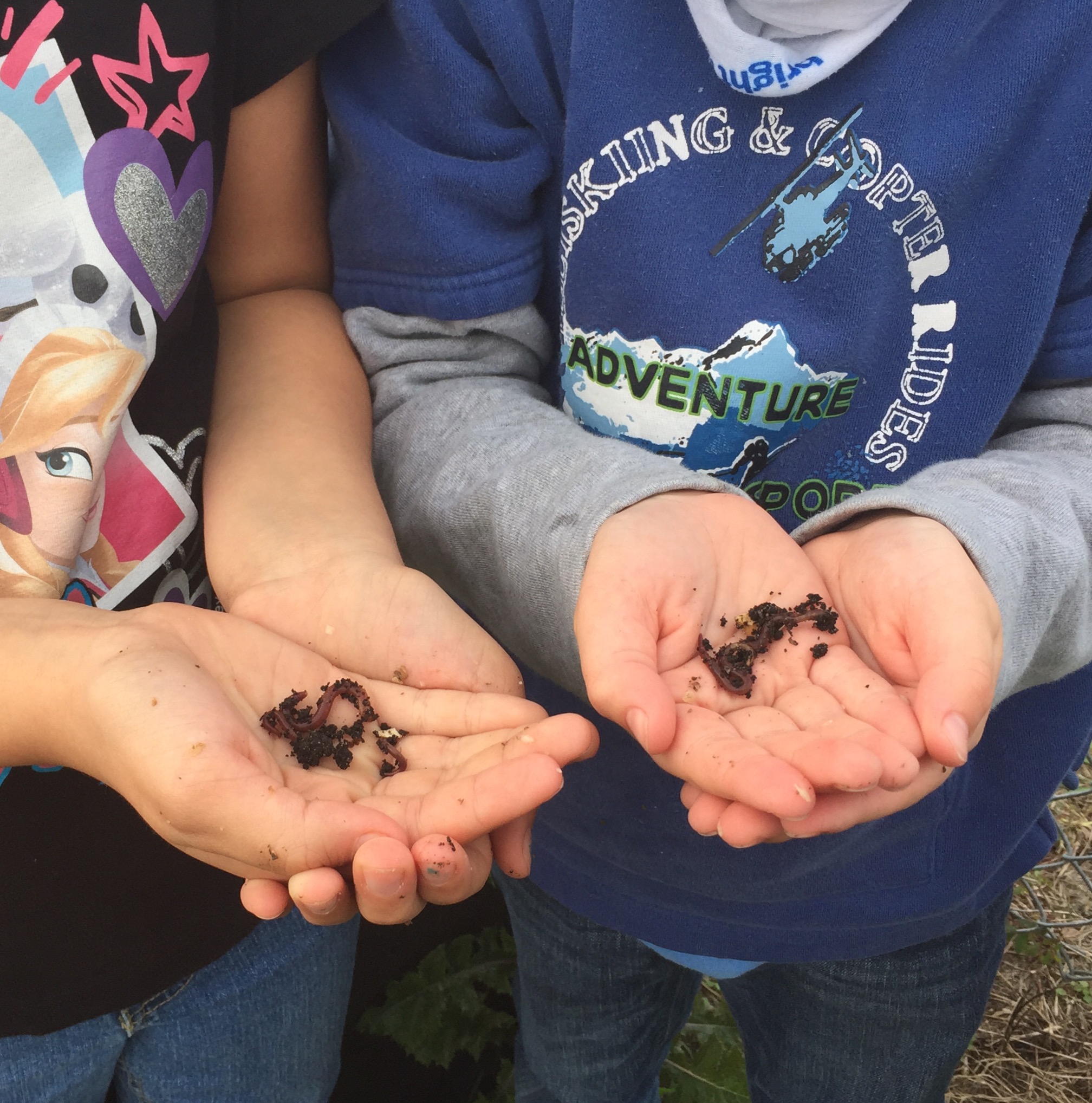 A couple of students hold a mixture of dirt and worms which they added to the compost bin.

To learn more about the Pasco County UF IFAS Extension office, you can visit: http://pasco.ifas.ufl.edu/index.shtml